Hidden Phase of the Moon

Experienced observers have stated that the duration of Mahaq is most commonly about 60 hours (2.5 days) long and in extremely rare cases it may be about 36 hours (1.5 days) long. It is not possible for it to be less than 24 hours (1day) long and hence they were not easily mislead by false sighting claims. The waning and waxing crescent moon photos below were taken from York (UK) in January 2013. 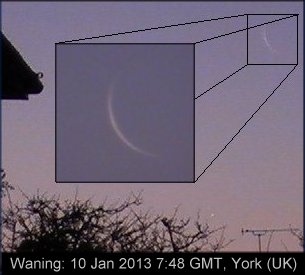 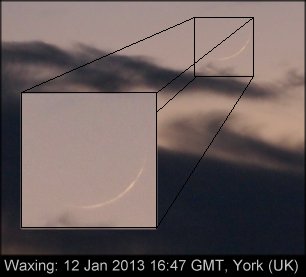 The duration of Mahaq from the above observations was 57 hrs. How many hours do you make Mahaq to be from your own observation experience?

"And (as for) the moon, We have measured for it mansions (to traverse) till it returns like the old dried curved date stalk (Urjoonil Qadim)." [Quran 36:39]